My Thoughts on Parma's Troubles

Parma captain Alessandro Lucarelli described his club's swift disintegration as a "disgusting farce," while former hero Hernan Crespo had "no words" left to express.  That seems about right.  Despite its grim implications for Italian football, there is something meaningless about Parma's financial ruin, something so annihilating that to begin to describe it in words is a desperate lunge towards meaning where there is none.  Here, I will not talk about all that has been described, unpacked already for you in broadsheets and blogs.  Here are only my brief thoughts.

After all, the reason of financial mismanagement is inadequate, and veils something more sinister.  Parma's demise is symptomatic of a pervasive malevolence in Italian football, of administrators and owners who are willing to suborn each other to tear down the history and culture of institutions that are embedded in civic life.  Parma is a club that deserves to live and breathe in a city that has left a lasting mark on me since my visit there last year, a city poised, self-confident, and possessing the most exquisite cuisine in Italy.

Below are some pictures of the warm Parma fan club that my host and I stumbled upon during one of our excursions in the city.  In bocca al lupo, Parma F.C. . 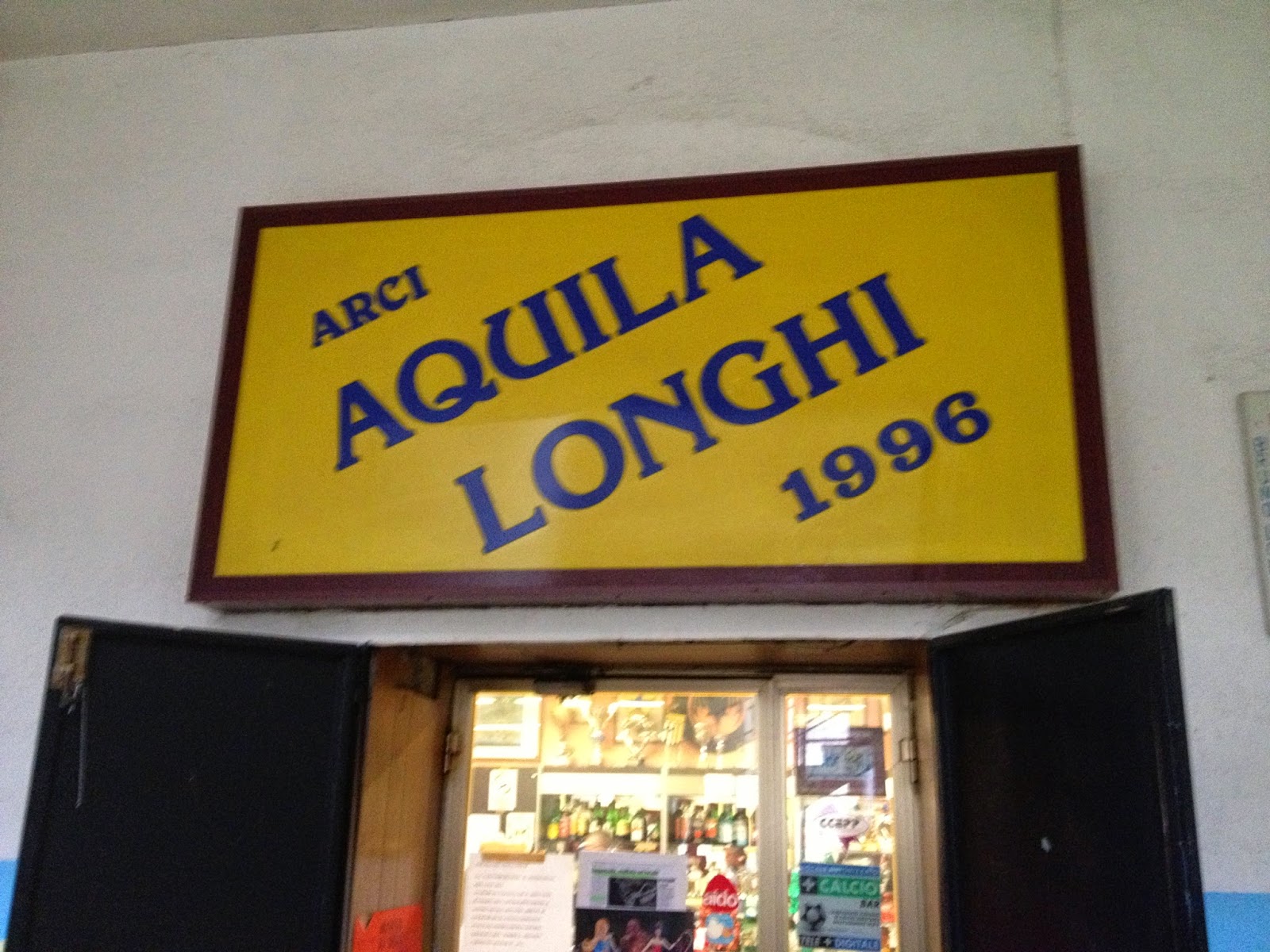 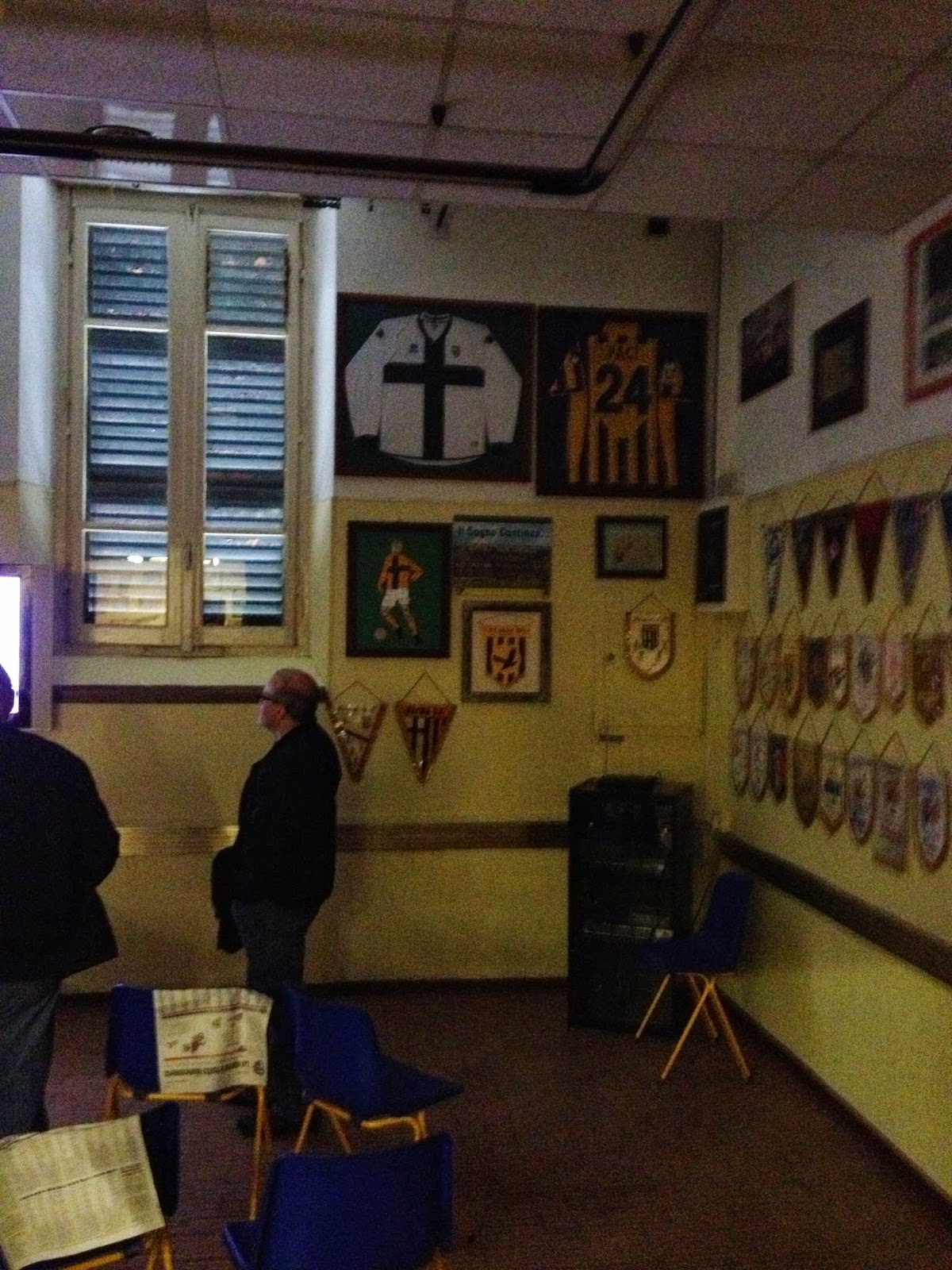 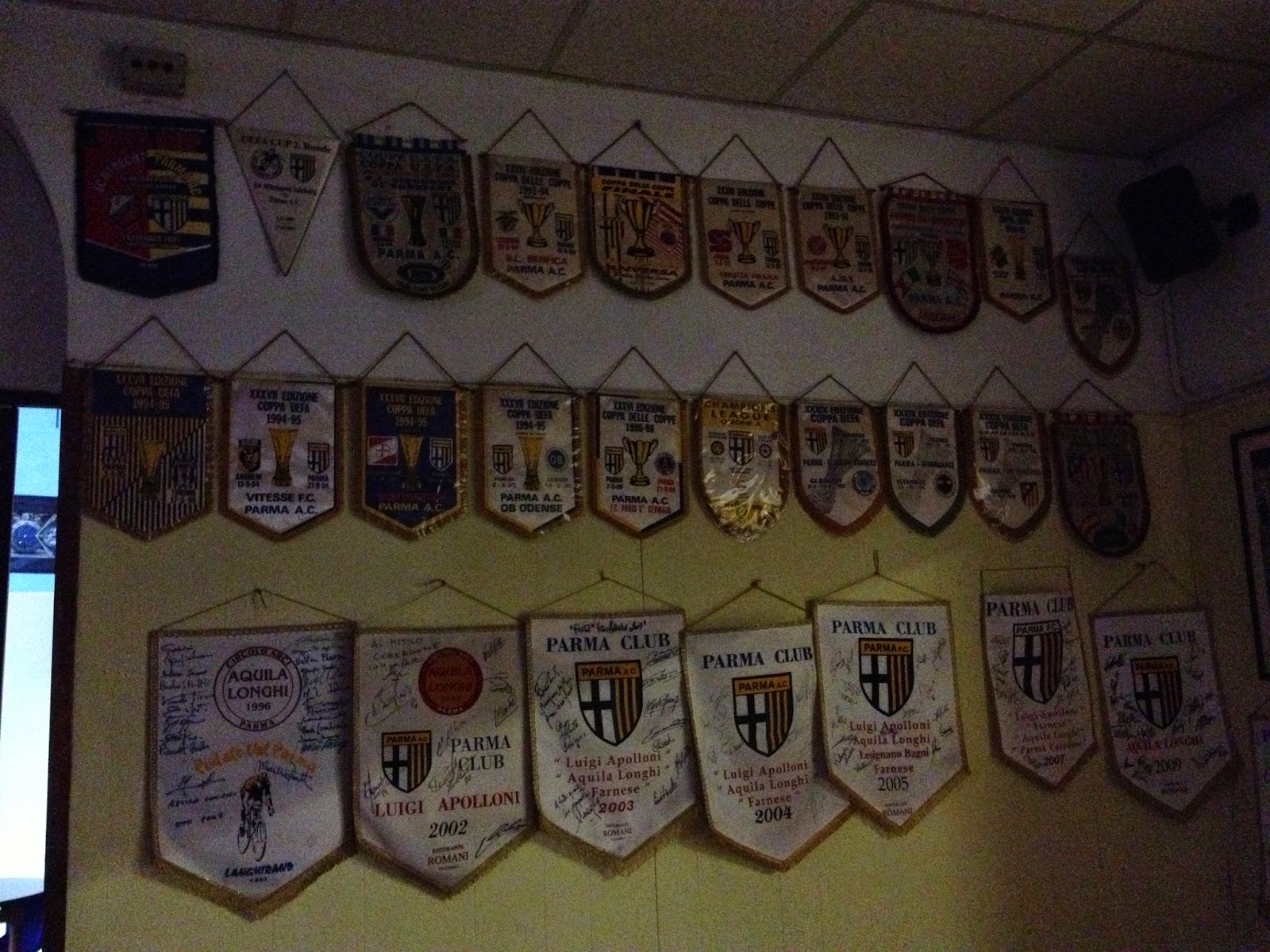 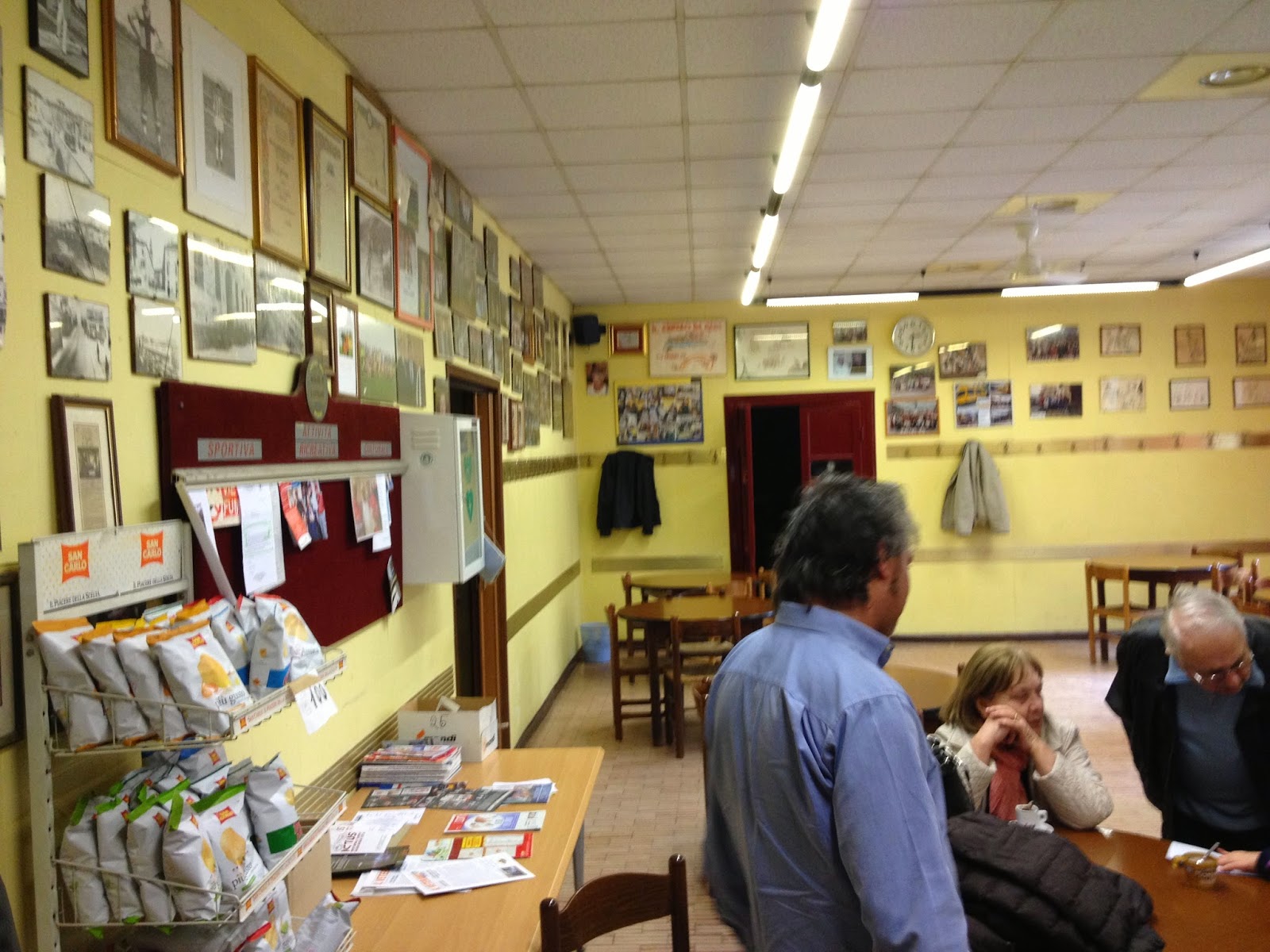 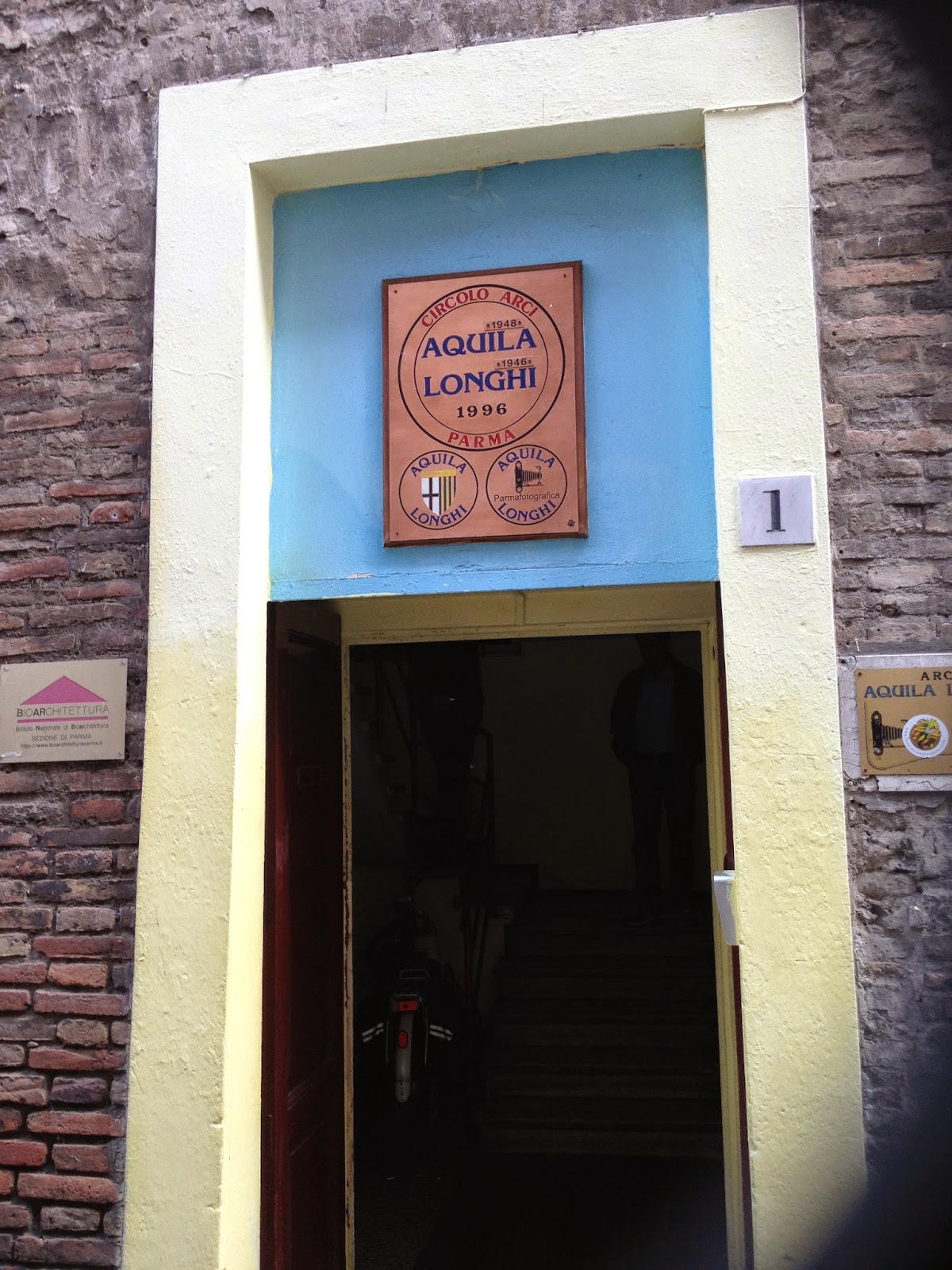